The Facts About Scoliosis 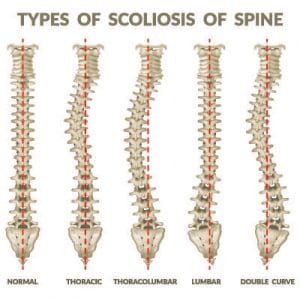 Scoliosis is a sideways curvature of the spine that occurs most often during the growth spurt just before puberty. Scoliosis is the most common spinal disorder in children and adolescents. The two major groups of scoliosis are idiopathic scoliosis and non-idiopathic scoliosis. When the term idiopathic is used it means that the cause is unknown whereas non-idiopathic has a known cause. See how top Eureka Chiropractor Timothy Baylard of Maximum Chiropractic can help.

This type of scoliosis is something that we are born with such as a defect in the spinal segments, spinal injuries or autoimmune diseases. Most of the autoimmune disorders that can lead to scoliosis affect the muscles that support and hold the spine in a healthy alignment.

Idiopathic Scoliosis is the more common of the two. Although they do not know what actually causes this type of scoliosis research has pointed to a genetic link. In one study it was shown that about 1/3 of IS individuals had a relative with scoliosis. In 2013 researches zeroed in on a specific gene that when suppressed leads to delayed growth and bone tissue formation in the developing spine.

Scoliosis typically will stop increasing once someone reaches puberty, but that doesn’t mean the worst is over. Scoliosis will put a lot of abnormal stress onto the spine and the tissues that support it. This abnormal stress will lead to the degeneration of the bones, vertebral discs, muscles, tendons, ligaments and eventually damage nervous tissue. This is called Adult Onset Scoliosis. This degeneration and resulting spinal asymmetry can occur slowly over time as a person ages.

ENVIRONMENTAL FACTORS AS A CAUSE

A structural shift results because of a failure to adapt to our environment, or one of the three stressors. Epigenetic factors can turn on and off gene expression without changing DNA. If the spine failed to adapt at a young age and caused it to shift then the spine has the chance of continuing to shift throughout childhood.

Signs of scoliosis may include:

These are external signs that scoliosis may be present, but only diagnostic imaging such as xray analysis can determine if scoliosis is actually present.

Treatment for scoliosis in Eurkea MO

Typically medical intervention for scoliosis is physical therapy, bracing and when it is severe enough surgery.

Chiropractic is a health care profession that focuses on the relationship between the body's structure—mainly the spine—and its functioning. At Maximum Chiropractic here in Eureka, Missouri we perform specific structural chiropractic adjustments to the spine with the goal of correcting structural shifts of spine, removing obstructions to the nervous system, improving function, and supporting the body's natural ability to heal itself. What this does is facilitates the body’s ability to adapt to its environment. By removing obstructions into the nervous system then the muscles and ligaments are able to have the ability to hold the spine into a healthier alignment.

Schedule an appointment at Maximum Chiropractic in Eurkea today!